You are here: Home / About / District Boundaries

Check out our webcam overlooking the beautiful Carrabelle River 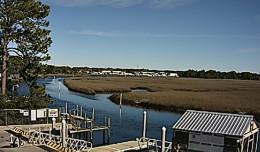 Check out the webcam at the Carrabelle Boat Club